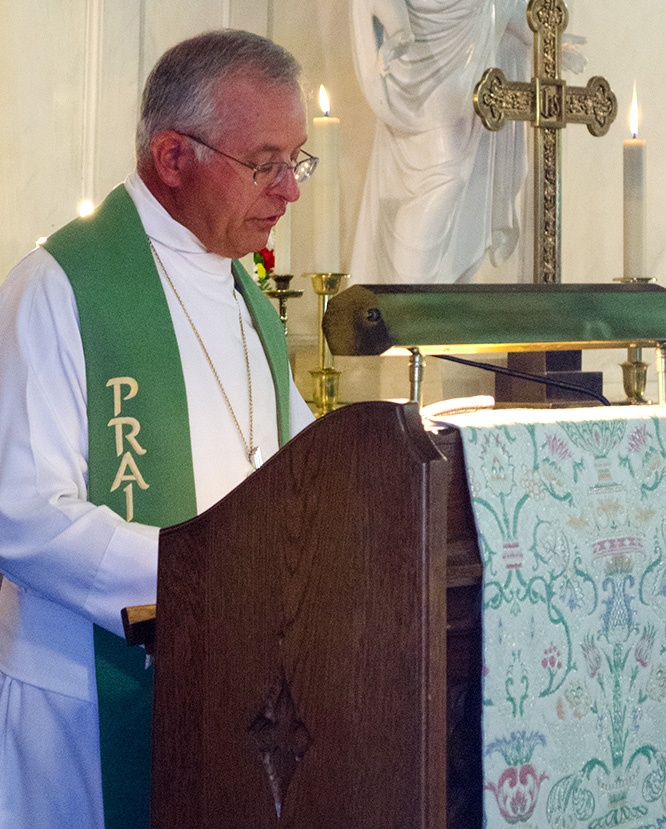 Pastor Hansell is a 1981 graduate of Concordia Theological Seminary in Ft. Wayne, Indiana where he earned his Master of Divinity Degree in Practical Theology.  He did his undergraduate work at Concordia Lutheran College in Austin, Texas (1975) and Concordia Teachers College in River Forest, Illinois (1977) where he earned his B.A. in Elementary Education.  He was ordained in his home congregation, Redeemer Lutheran Church in Fairhope, Alabama on June 7, 1981.

Born in Jersey City, New Jersey, Pastor Hansell called a number of places home as a child, including Pennsylvania, Venezuela, Texas, and Alabama.

Pastor Hansell was joined in marriage to his wife Krista on June 24, 1978.  Their family includes their son Christopher and daughter-in-law Joy and their son, Jonathan Christopher Hansell, as well as their daughter Jennifer and son-in-law Eric, their daughter, Cora Grace Thompson and son, Samuel Connor Thompson.

Click here for more information on the teachings of the member churches of the LCMS.